Back in March of 2016 I went the see Eubank Jr fight Nick Blackwell for the British middleweight title at Wembley Arena in London. The event was hosted by Hennessy Sports. Whilst I was pleased to have my seat moved closer to the ring due to poor ticket sales, the organisation on the night left a lot to be desired. I didn’t write about it at the time, but here are a few of the key issue:

So with this in mind, whilst it’s fresh in mine, I thought I’d throw out a bit of feedback for Poxon Sports on this event. Don’t get me wrong, I’m sure organising events like this is hard. My object is to give, as the consumer, constructive feedback on the event which will hopefully go towards improving the experience for me and others at future events. So here are my 4 things to be improved on, in order of importance.

A main event has to start at 2200, 2230 at the absolute latest. If you’re trying to convert the casual fan, this is essential. If you’ve got a big undercard, start earlier. The fighters weren’t both in the ring till 2313, according to the timestamp on my photo: 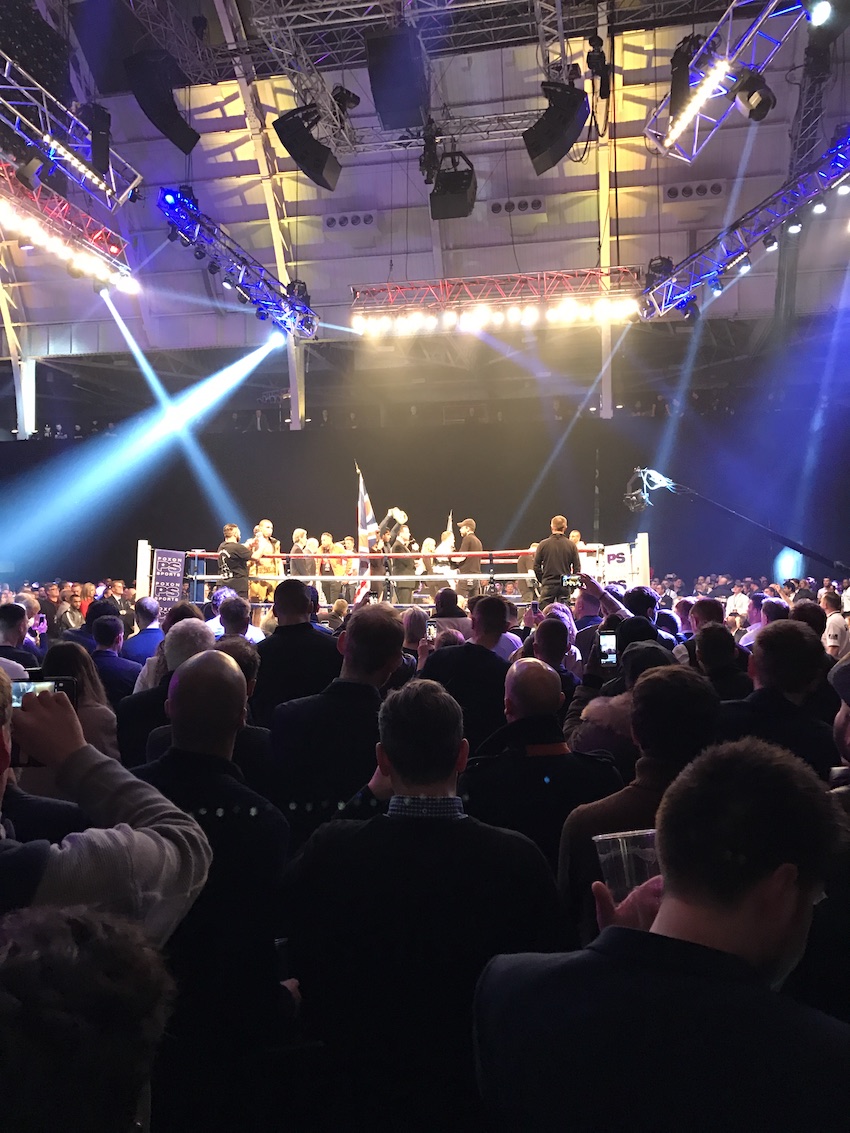 If you don’t value my opinion, then perhaps the tweets by the former editor of Boxing News are worth a look:

then the next day:

These late fight nights are killers if you have kids and need to do stuff the day after. Getting old!

I went along with the following running order from the Poxon Sports twitter feed: 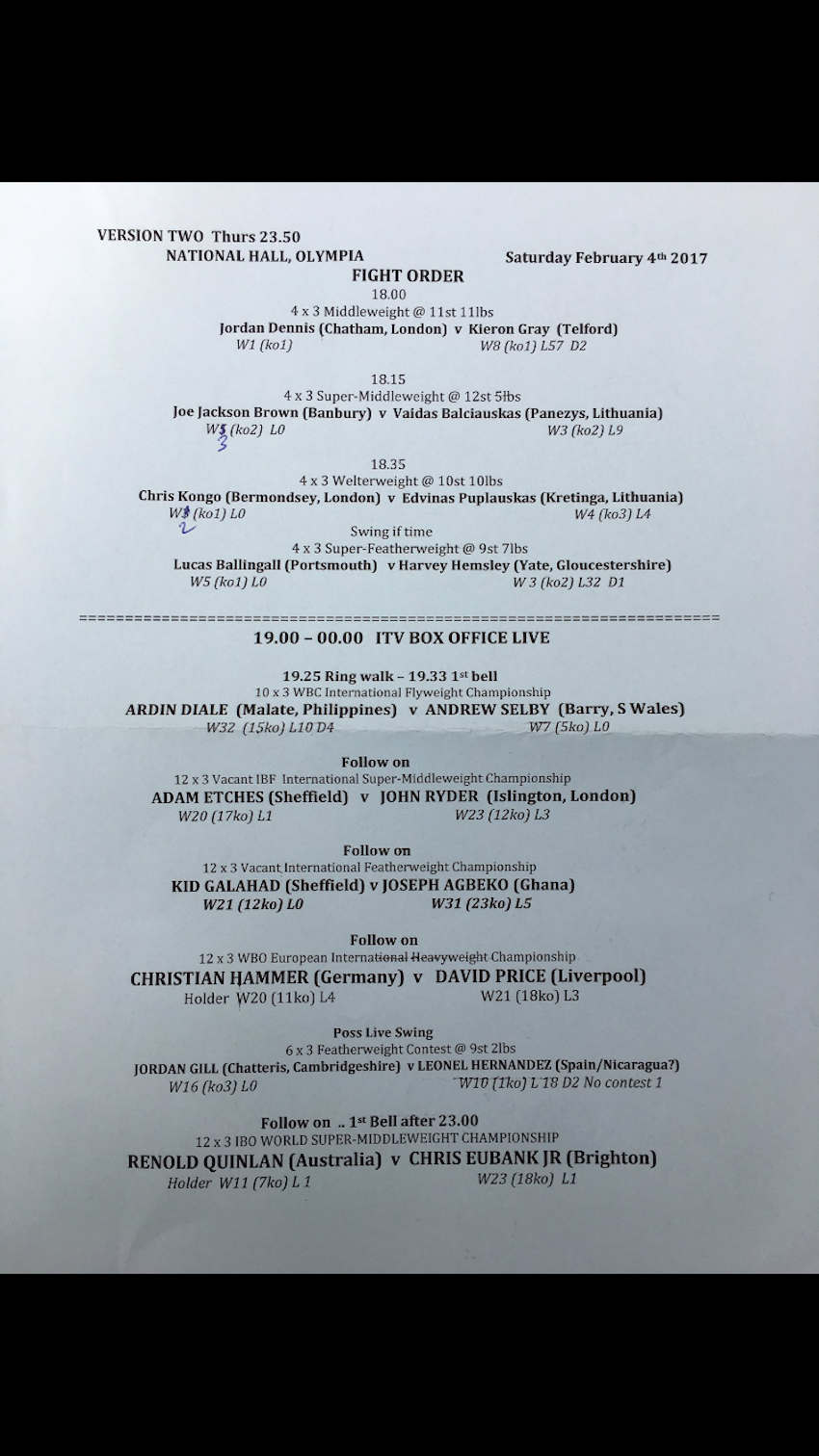 It’s since disappeared, but I found this one:

Eubank Jr himself thought he was on at 2130:

The running order was actually:

Would have been great if this was comunicated to the paying crowd. I asked a few stewards, who were equally confused!

As is the way with boxing, the bouts on earlier in the evening are of less interest to most of those there. It would be been nice however if the walkways between seating areas could be off bounds when fights are taking place. It’s frustrating having groups of people standing around in front of you chatting and stewards not doing anything about it.

There were two huge screens for those watching at the back of the seating areas. There were excellent quality, gave a great view of the eye injury to Hernandez during the Galahad. Would have been even better if these screens had the round number and time remaining on them. Small point I know, but every little counts.

Grips aside, I had a great night. Was great to see the hugely talented Selby, slick skills from Kid Gallhad and the war between Etches and Ryder. Really feel for his David Price, it felt just like the second Tony Thompson fight where he just ran out of steam. Was a surprise to see Chris Kongo on so late, but certainly one to watch and has a good following. Quinlan proved to be much tougher than expected – but the real tests lie ahead for Team Eubank. I fell for it last time when they called out GGG, let’s hope this journey arrives at the destination we all want. 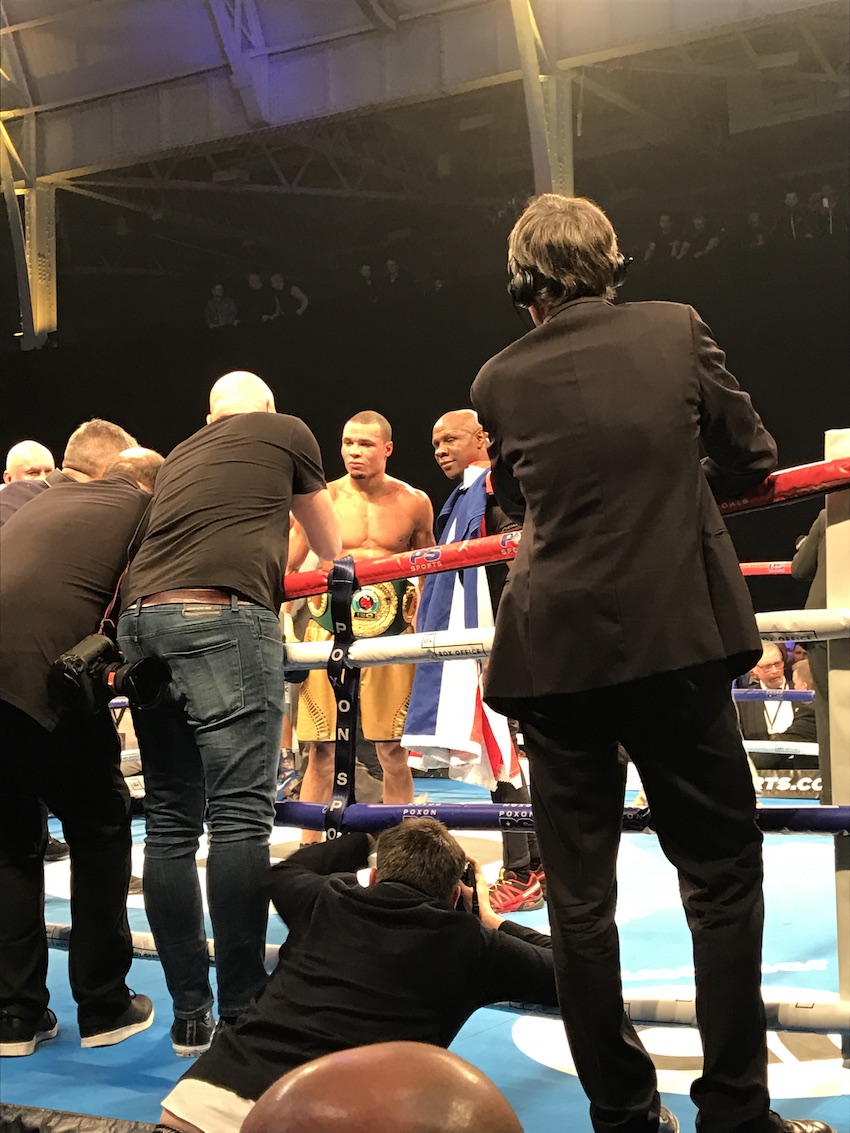